We learn what Sri Lankan Buddhism is, see monumental Buddhist and Hindu temples, magnificent buildings, old and new parliaments, visit independence square, and learn about what this country lives and breathes.

What we will see:

The old colonial city and the English Parliament

Early in the morning we leave for the Old City, we can see the old colonial building of the English Parliament.

The old parliament building - a baroque building was built for the Legislative Council of Ceylon, where the Secretariat of the President of Sri Lanka is now located. 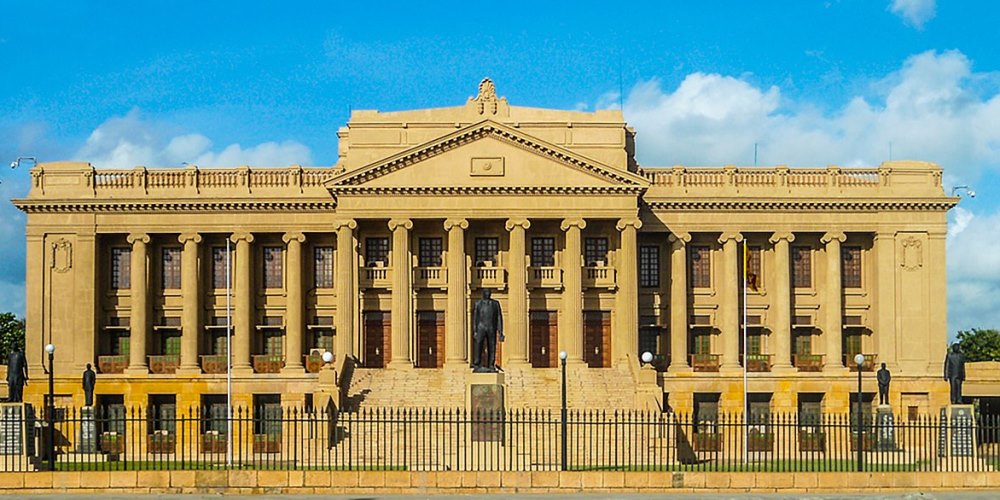 The Parliament of the island was placed in the building for over 53 years until 1983, when the new complex of buildings for Parliament in Sri jayawardenapura-Kotte was opened.

In the garden in front of the pediment placed bronze statues of prominent statesmen of Sri Lanka.

Galle Face Green is the promenade, which stretches for a mile along the beach in the Centre of the financial and business district of Colombo in Sri Lanka.

The promenade was initially laid out in 1859 by Governor Sir Henry George Ward, although the original Galle Face Green extended over a much larger area than is seen today.

It was initially used for horse racing and as a golf course, known as Hippodrome Kolpitti.

The Galle Face Green is currently a 5 hectare ribbon strip of land between Galle Road and the Indian Ocean which is now the largest open space in Colombo. 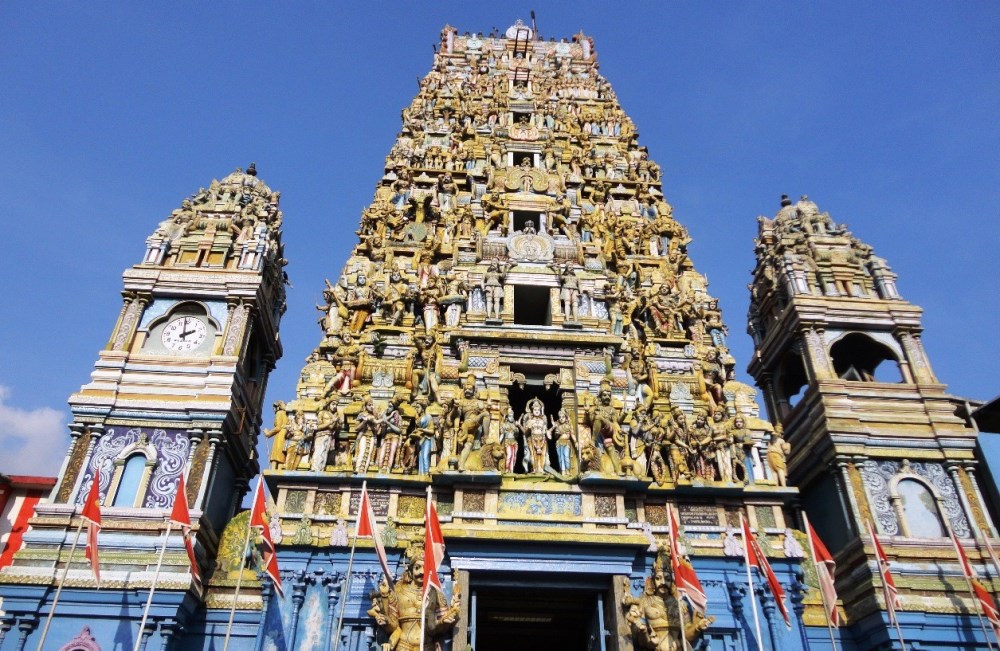 This is the oldest and largest hindu temple in Colombo and is dedicated to the Gods Shiva and Ganesh. And if we are lucky, next to it we will see the snake charmer.

The temple, located in the center of a beautiful lake, surrounded by a variety of birds.

Here we can get acquainted with Theravada, the oldest branch of Buddhism that has survived to this day. 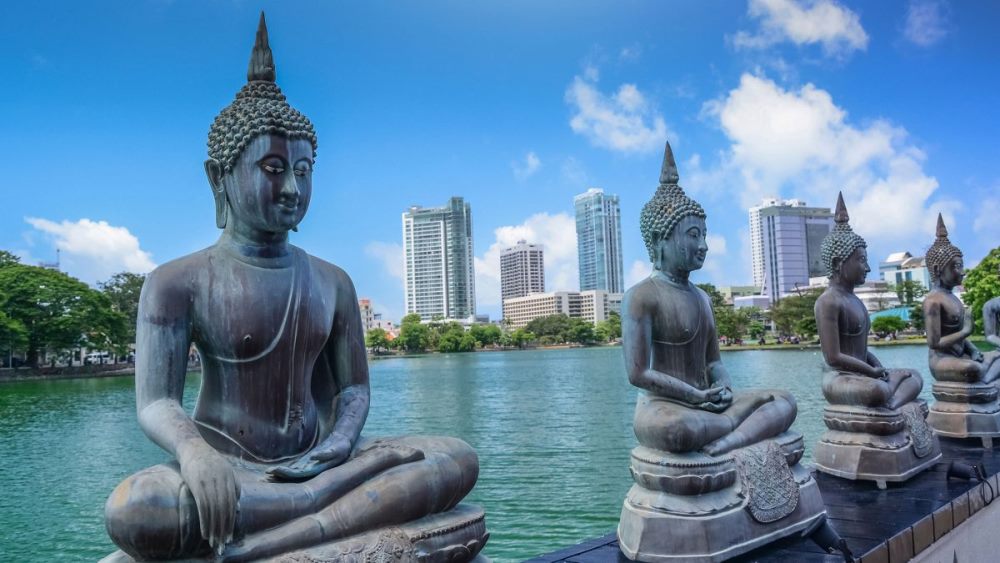 We can see many interesting things that were brought up by visitors to the temple and now make up an amazing museum collection, such as the smallest golden Buddha statue, which can only be seen under a magnifying glass, stupas made of pure gold inlaid with diamonds and rubies, the largest elephant tusks and many other amazing things donated to the temple for many years of its existence.

The opening of the natural corner took place after the end of World War II on August 24, 1951. 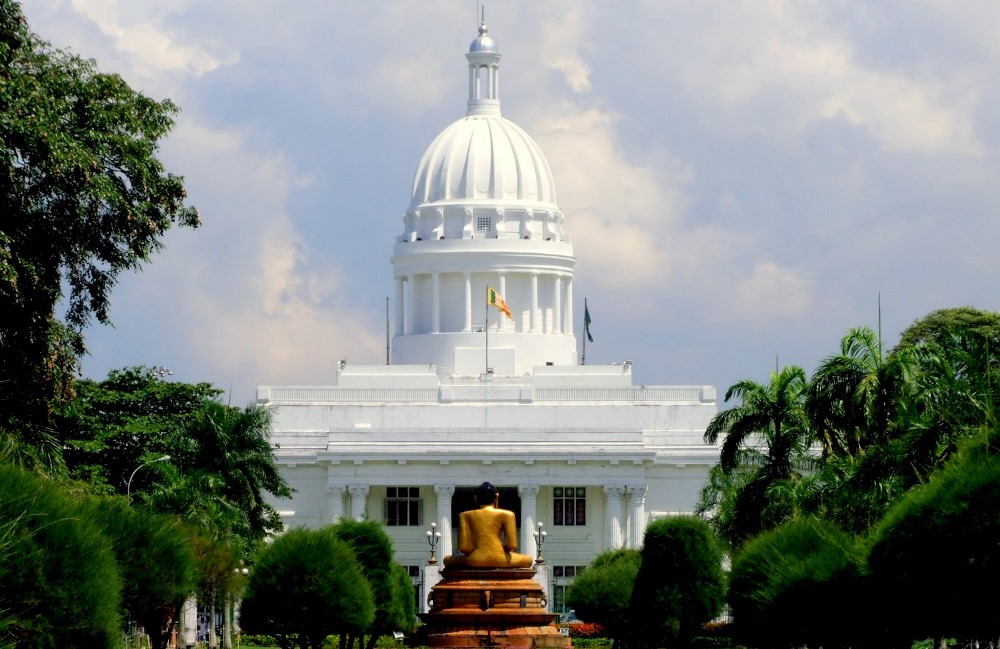 The park was named Victoria in honor of the Queen of England.

Later, in 1958, it was renamed in honor of the Viharamahadevi Park in the honour of the mother of national hero Dutthagamani who liberated Anuradhapura from Tamil and conquerors uniting into a single Sinhalese State numerous principalities of the island.

In the park you can see many interesting plants - banyan tree, bodhi tree, impatient grass, cinnamon, as well as anthills on leaf trees and many flying foxes.

The Independence Memorial Hall is a national monument built for commemoration of the independence of Sri Lanka from the British rule with the establishment of Dominion of Ceylon on February 4, 1948. 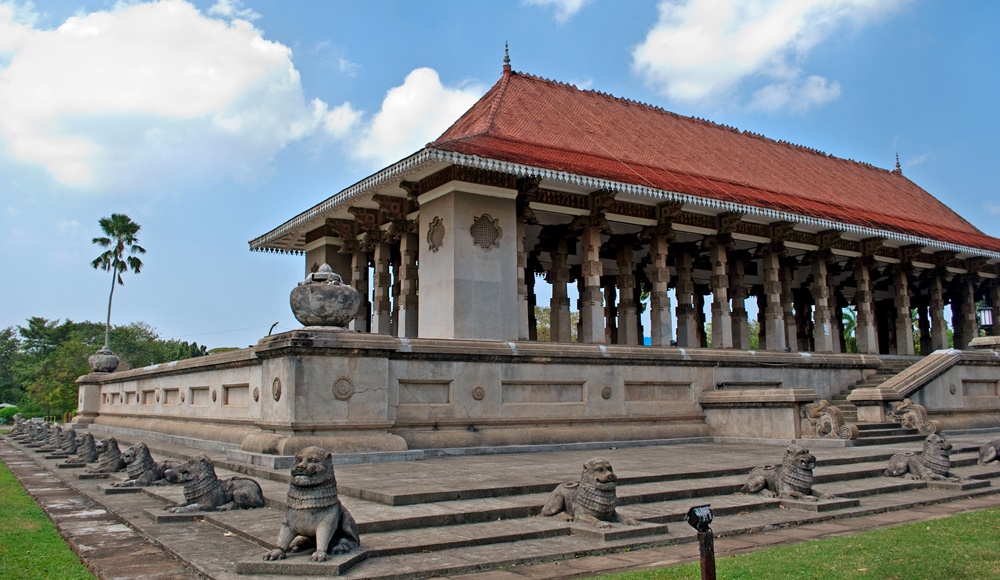 It is located at the Independence Square.This Hall is considered one of the city's main attractions because of their historical and cultural significance.

Most artful stone carvings, beautiful paintings, as well as the ranks of stone lions, as if guarding the premises, are undisputed works of art each year.

The independence day celebration is held here, which is accompanied by a unity painting ceremony. 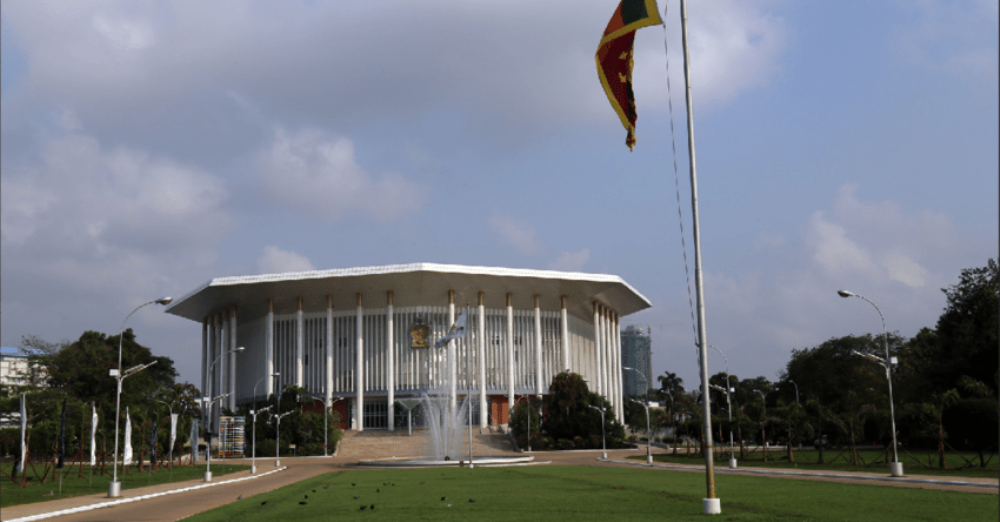 The Bandarnaike International Conference Hall, which was built from 1970 to 1973 and was a gift from the People's Republic of China.

It was named in memory of Solomon Bandaranaike, Sri Lanka's Prime Minister from 1956 to 1959.

At the end of the tour, we leave time for shopping if our customers need to buy any souvenirs, clothes, tea, etc.

What is included:
Private tour
Car with an English-speaking driver
Entrance tickets to the Gangaramay temple